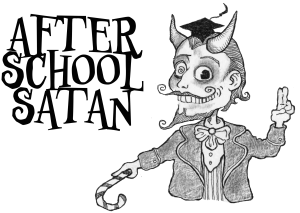 After surveying articles and comments about ASSC, I have really just confirmed what I already knew.

The most important thing, is that most Christians think that religious freedom is only for them. The vast majority of their comments are, ill-informed, horrifically spelled, an absolute hatchet job on the English language, seem to come from a person who is, unintelligent, uneducated, and aggressive.

They seem to have a great feeling of entitlement, both to have their religion and ONLY their religion in all public spaces, and to voice any opinion, no matter how ignorant or violent, about minority religions, while getting no back-talk about it.

Even the people who write the articles at times appear ignorant, or have unfortunate cultural biases completely antithetical to proper journalism. Not always though. It is a mix.

Other cultural issues present themselves too. For example, one news outlet misgendered a female chapter head, who has an obviously female name, as a male. While there was no overt sexism, this mistake shows the sort of sexist bias one finds in some of these publications.

They seem to have difficulty with the idea of women being in charge of things. In TST there are a number of women in charge of chapters, or holding seats on their council. In my organizations 50% or MORE of my leadership positions are occupied by women. What percentage of women hold positions of authority in the news organizations, or in our society in general? Outside of specifically feminist outlets, a laughably minuscule one I would imagine.

It’s interesting how we Satanists seem to be setting a higher bar in regard to morality and ethics than the so called “good” Christians, who imagine we are evil, while proving they are actually the ones utterly bankrupt of even a modest conceptualization of ethical standards.